Here is how to offer last minute email buys

When media put together their political media kits, they often use their O&O email. However, targeted emails via a third party are another option.

Non-declared voters, for example, can be a big focus for some candidates. Other targets such as age and gender (women are swinging left while white men are swinging right) and education also allow candidates to deeply target people more likely to vote. 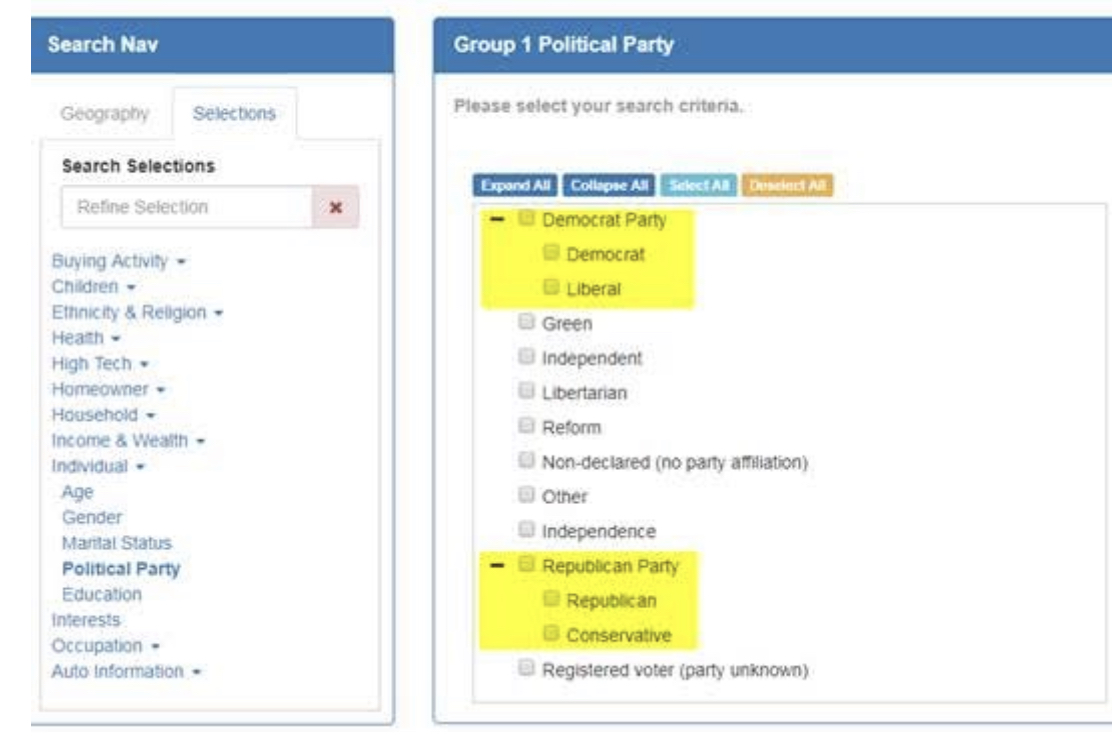 The next step is find the list of all people running locally, available from the state office of elections, or you can purchase one the from John Kimball Group. If you already have assigned a political champion your are ahead of the game.

Smaller campaigns, however, are more likely to need the help from media. We also teamed up with SiteImpact to look at how some media successfully sold email marketing to candidates at the local level in 2018 as a model for what to offer this fall.

For hyper-local races, acquiring enough of the right audience is a challenge for most campaigns, and a key selling point is having a larger list. Even 25,000 can make a difference to a candidate. Marketers for statewide and national races, on the other hand, are more interested in adding filters such as party affiliation and other criteria.

While most people are used to receiving emails from presidential candidates, they may never been on the receiving end of an email from a local candidate and this outreach can actually make them feel included and recognized, rather than spammed (Site Impact's emails are opt-in in any case).

Here are a few strategies from Site Impact’s 2018 clients, starting at the state senate level with an informal message about public safety and “people before politics.” This email acquired 14.74% open rate and 2% click through rate on 75,244 opt0in emails from statewide targeting liberal Democrats and registered voters. 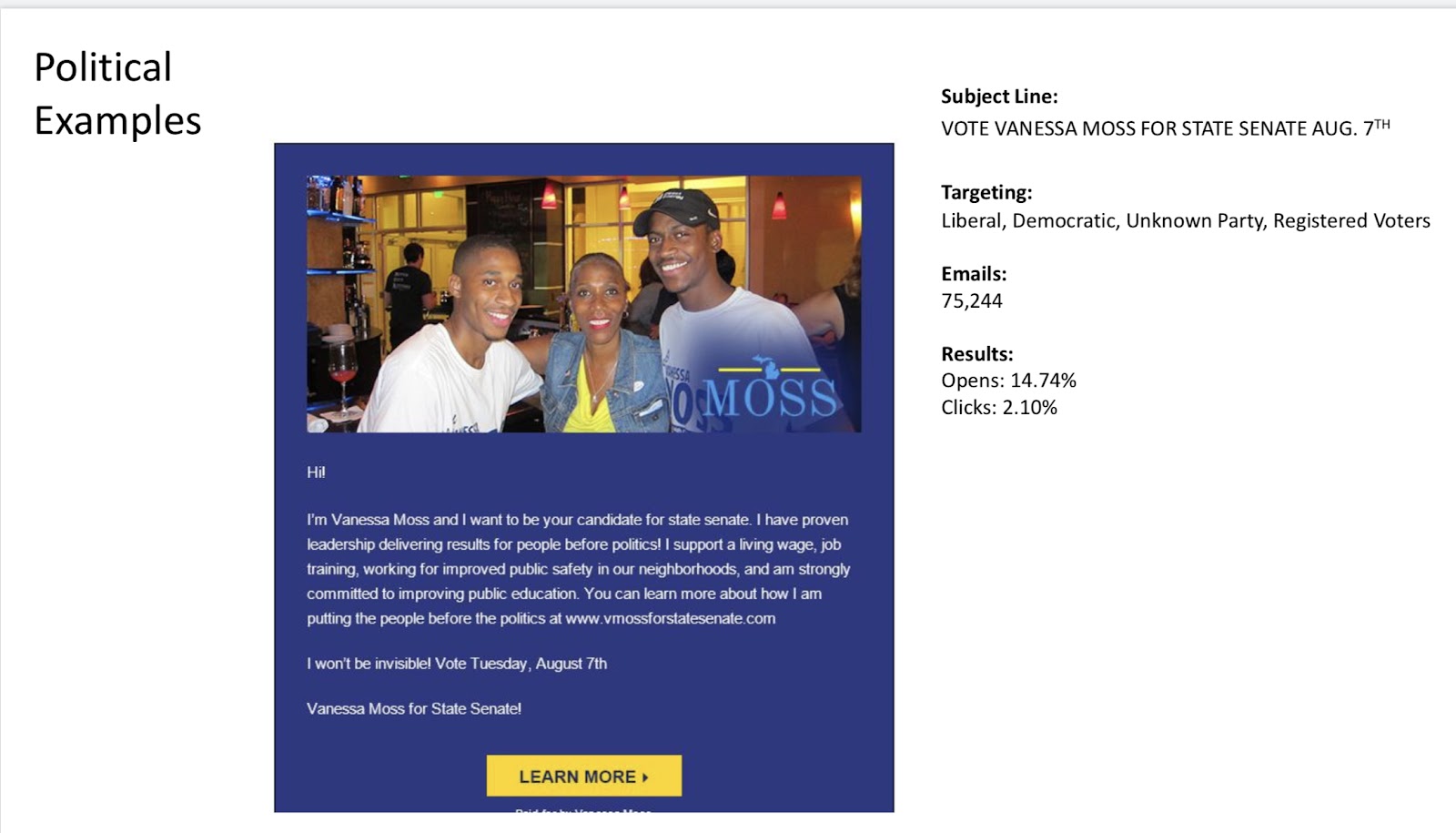 Another 2.15% click through rate went to the congressional candidate below, who used email to emphasize his track record in the state legislature to 100,000 Democrat, liberal and registered voters. 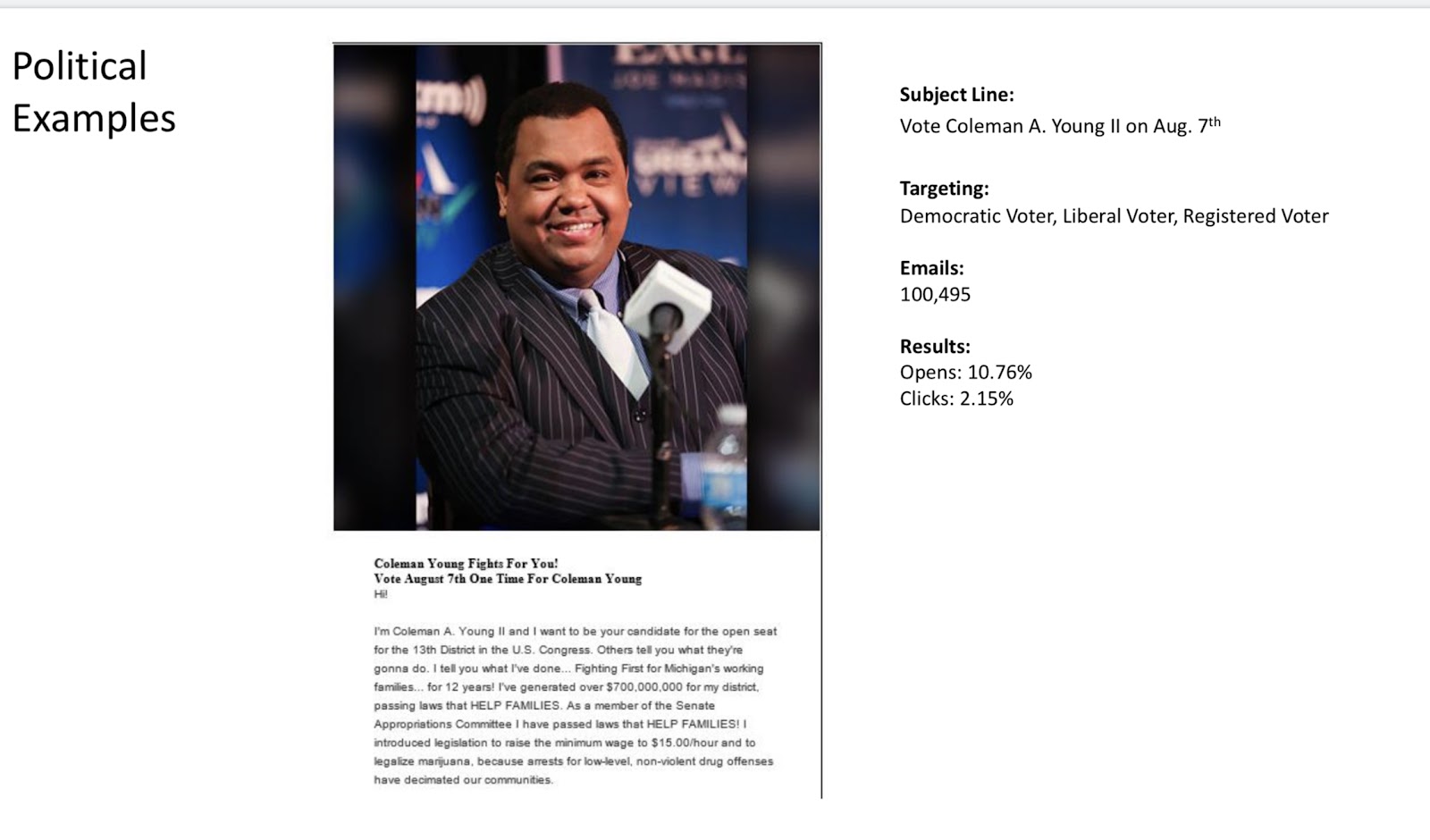 On the Republican side, a candidate for local judge - not usually thought of as a newspaper advertiser - targeted 44,327 consumers in Midland, Texas with email. He obtained a 10.42% open rate and 1.5% clicks from voters. That is more than 4,400 with an interest in the race itself, and 500 with enough of an interest in his candidacy to click to the website. 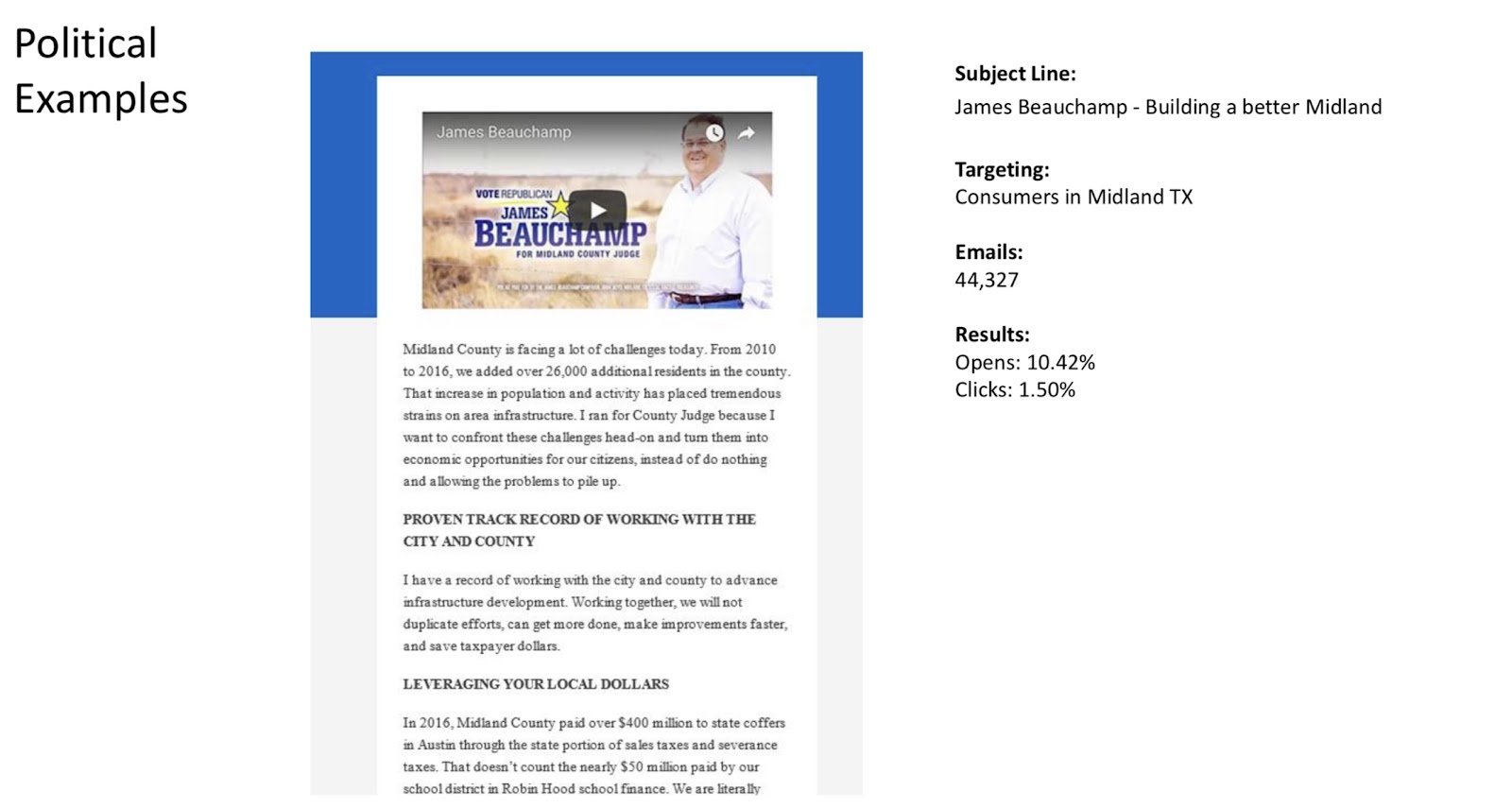 How small is too small when it comes to a local candidate? What about the county assessor?  Below is a candidate for county assessor who bought an email campaign, with a promise to free-up $1.2 million for the county school system. His campaign got another substantial 11.79% open rate with 2.11% clicks to his website. By broadening the target, he was still able to reach 25,700 local voters and consumers with the message on a race that may otherwise have been overlooked. 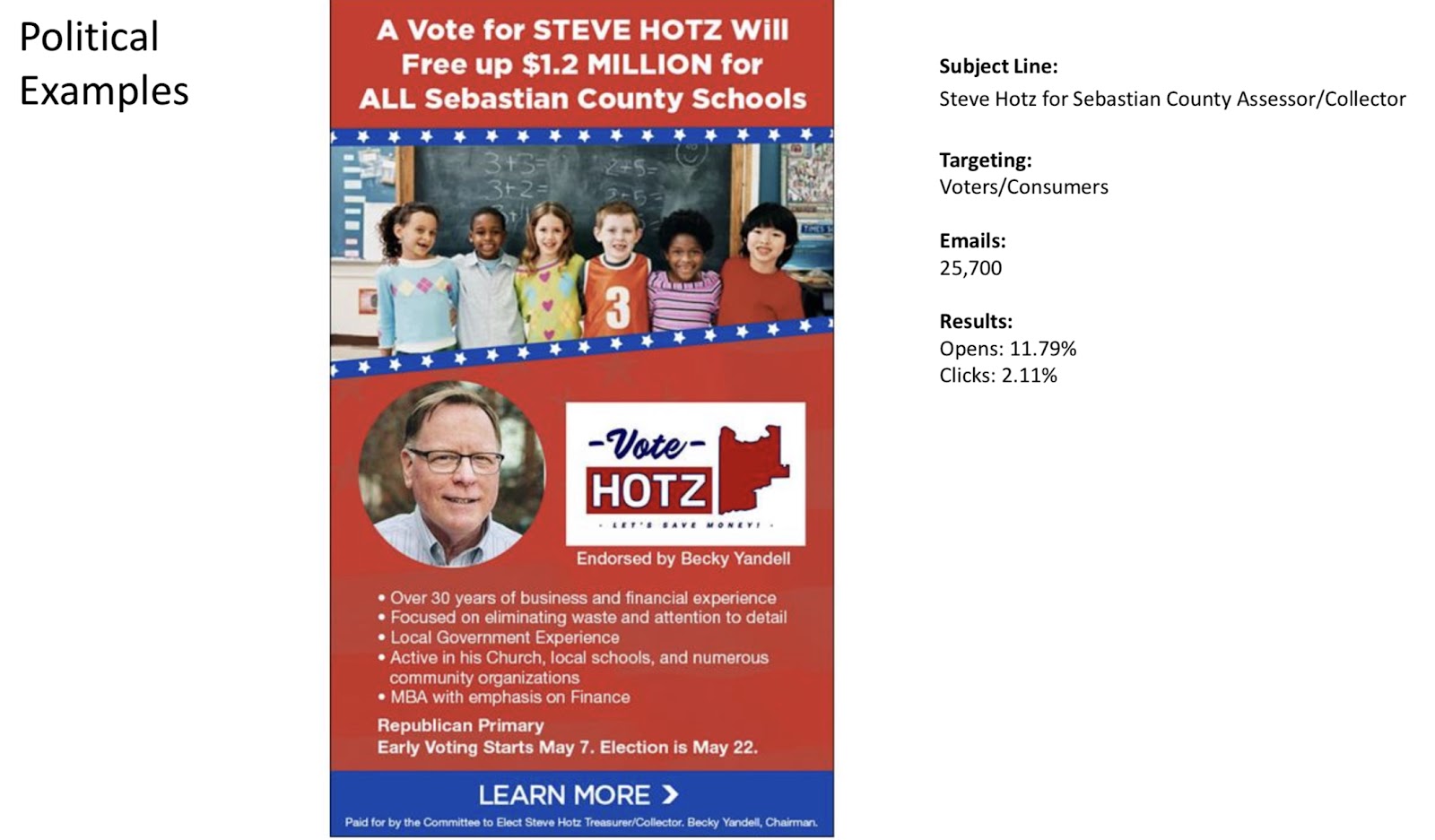 Finally here is a candidate for a state house race, running on his record, with virtually the same results. He only needed to reach his own district and was able to do so using email and a more general target. 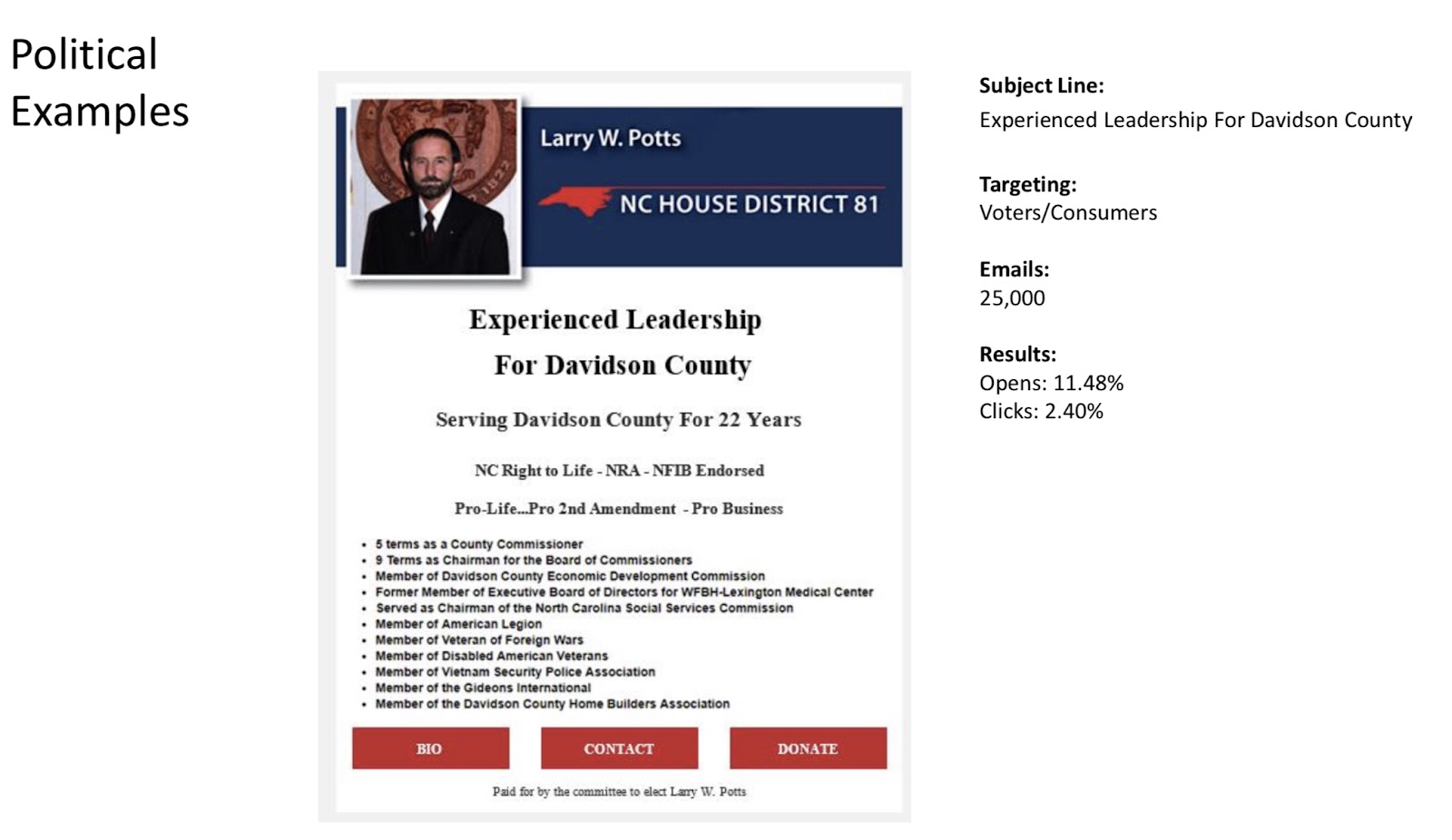 So have it on hand for the last two weeks, you may earn more dollars in October!