Can a free paper sell digital subscriptions, and if so, should they?

The question is being asked by an increasing number of free weeklies and dailies. Jim Rule,  president and publisher of Acorn Newspaper Group, tussled with an editorial team that believed "news should be free" for years over the issue, before he bit the bullet and established a paywall in 2018.

He told attendees of a 2021 E&P webinar that the five free weeklies now have  969 digital subscriptions, generating about $4,000 a month.

Based in Agora hills, on LA county line, the group,  had been late to build its website. Before 2000, they were print-only.  Once the  website was up and running, however, Rule’s business side kicked in.

“It always drove me nuts, I was a print guy, so I did not want to have another great big giant expense. I kept asking, how do I monetize this?  Why are we giving this away online for free?”

“We wanted it to be affordable, “ he said.   Three simple options also  “avoid the paradox of choice.”

After some initial pushback, customers purchased 271 digital subscriptions in the first three months.

“We had to calm a few people down. But overall they accepted it pretty well. Some bought a subscription just to support the paper. It was heart-warming.”

To market the program,the team focused on the benefits of 24/7 access from “anywhere in the world,” and the ability for news junkies to get the news sooner - the night before it goes to print.  Some breaking news also goes out earlier online.

In 2020, as Covid spread across the California, Rule replaced the paywall with a light registration, which helped build the email list and position the papers for future subscription sales. 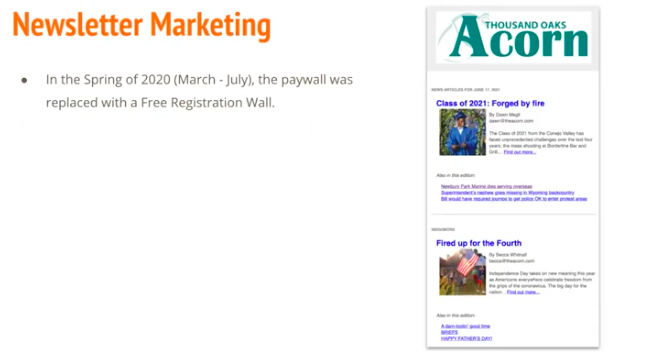 Eventually the email list grew by about 1000  light registrations - only first name and email - of which almost 300 converted to paid when the  paywall back up in 2021.

Of the  969 active paid subscriptions, more than 80% purchased the 12 month option.

What about unique visitors and page views? First year paywall UV’s actually increased to  38%, The numbers also skyrocketed during the anomaly year of 2020, and have stayed steady this year.

The first holiday offer in 2019,  a  promotion in a front page for a discounted rate 12 months for $25, resulted in 27 new subscriptions.

A “Welcome back” offer discounts one week, 22% off, promoted by an email  that goes only to expired members. 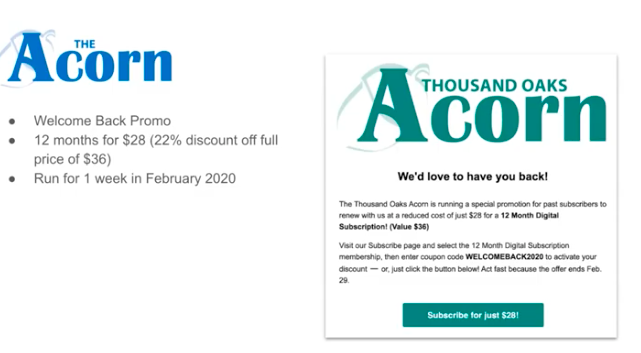 “The days of expecting a big flood of revenues from anything are over,” Rule saidy. “But this is a revenue creek.” 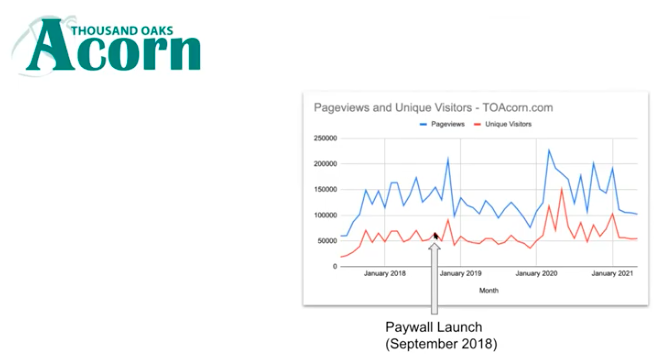 On the other side of the country, Frank McCracken,  publisher of the free weekly, Chesterfield Observer,  was also thinking about selling digital subscriptions as Covid struck in  the summer of 2020.

His 60,000 circulation newspaper in the  suburbs of Richmond, Va suburbs, was 25 years old and also under pressure as the pandemic shut-down sectors of the economy. 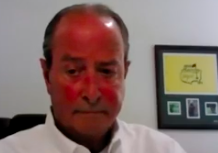 McCracken's team decided on a slightly different approach: Digital readers could leave an email to access free content for one month.

With  a full time staff of 11, McCracken  was  counting on the program to  deliver  revenues without losing the 80,000 views and  40,000 unique visitors built up over the years. Again, there was no noticeable drop-off in traffic or UV’s after last year’s  launch. If anything the pandemic glued local readers more thoroughly to their local newspaper to supply what became literally life and death information on testing and vaccination timing and locations. 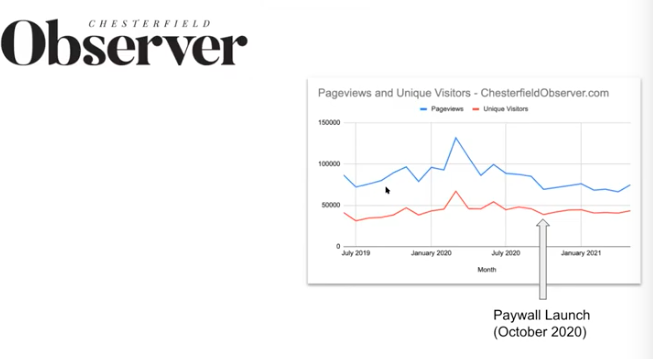 The team added  breaking news and additional photos on the site.  Photos of local grads during Covid became so popular, it was  “like doing a cat video”.

Of his current database of 4000 emails, three quarters came from the initial one month free account sign up. Both newspaper groups include the e-edition inside the paywall. 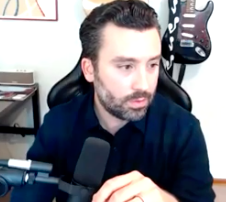 According to Mathew Larson, President and CEO of ourhometown, Inc. the CMS that powers these initiatives, most newspapers are charging for the e-edition, so readers who want the pre-packaged look - often the most loyal customers - will still need to buy.

“Why would you just give them everything?”, he says. The platform also turns ads into pdfs which can be posted on the home-page in front of the paywall.

Other free papers are taking note. After an E&P webinar,  on the program, Mark Gurerringue, Publisher of three New Hampshire-based free papers, including two micr-dailies, put up a hard paywall at the smallest paper the next week, to test what effect this would have on web traffic or customer pushback. There wasn’t any.

It may just be that  Covid  has tested the importance of hyper-local information and local newspapers have passed. This may  translate into new revenues for hundreds of free weeklies around the country.