Facebook has been romancing the newspaper industry lately with $300 million distributed through its Journalism Project and other programs. While its efforts do not come close to solving the problems it created for local media, they can still take advantage of some opportunities.

Below is a cheat sheet of what they are, and what to wait for as well as how to get involved.

What to know: Facebook has deployed $1 million between the Local Media Association and the Local Newspaper Consortium to test the best business models for newspapers offering “Branded content” on or off Facebook. The program includes two testing cycles over two years aimed at helping newspapers test native strategies. The first group of “alphas” are seven media companies out of 40 applications that have been privately selected and will end in October. The second round includes an expanded group of about 15 to 20. Applications are already in.

To do: The program is now closed. Wait for the results to be reported out in 2020.

What to know: The Journalism Project spent another $2 million by adding 1,000 journalists to local newsrooms based on Teach for America, although only 60 were added in the U.S. so far this year. The program pays half of an entry-level salary and is designed to uncover local markets.

To do: 2020 newsroom applications in August at this link. 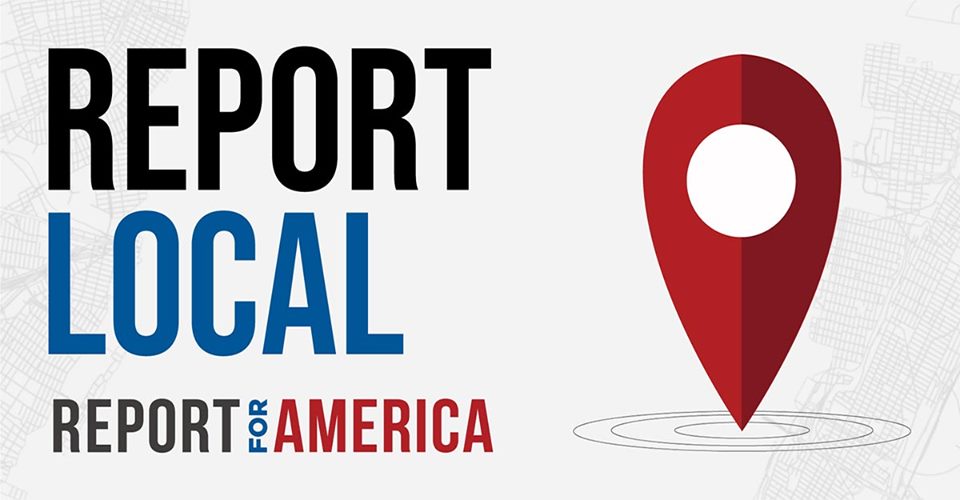 3. Register in the News Site program

What to know: One initiative to combat fake news allows media to register and be approved as news sites, which theoretically will enable Facebook to treat journalism-based news sites differently in its algorithms and other policies.

“In dealing with fake news, Facebook is trying to elevate local news,” said Savannah Cokecroft, of SocialNewsDesk, which supplies a social media tracking platform to newsrooms.

“A key disadvantage of Facebook is that Journalism-based news doesn’t have any advantage over other kinds of news,” she said, “Unless you take the necessary steps to identify yourself as a news organization,”

Downside: There is no downside here, however, no one really knows whether or how   Facebook will actually use this information for the benefit of local media.

The membership accelerator program has 17 members.

For example, he said The Denver Post had a 172% increase in digital subscriptions after using the accelerator, the Miami Herald saw three times growth in the number of readers hitting the three article limit between March and June in 2018 based on a test they did.

Downside: So far the pilot program only enlisted 14 newspaper publishers, not enough to change the landscape for most media.

It also requires use of Instant Articles which some publishers are not embracing. The membership accelerator supports online-only journalism ventures, including non-profits, four public radio stations, and a few start-ups.

To do: Wait for key takeaways from those included. Sign up for the newsletter here. 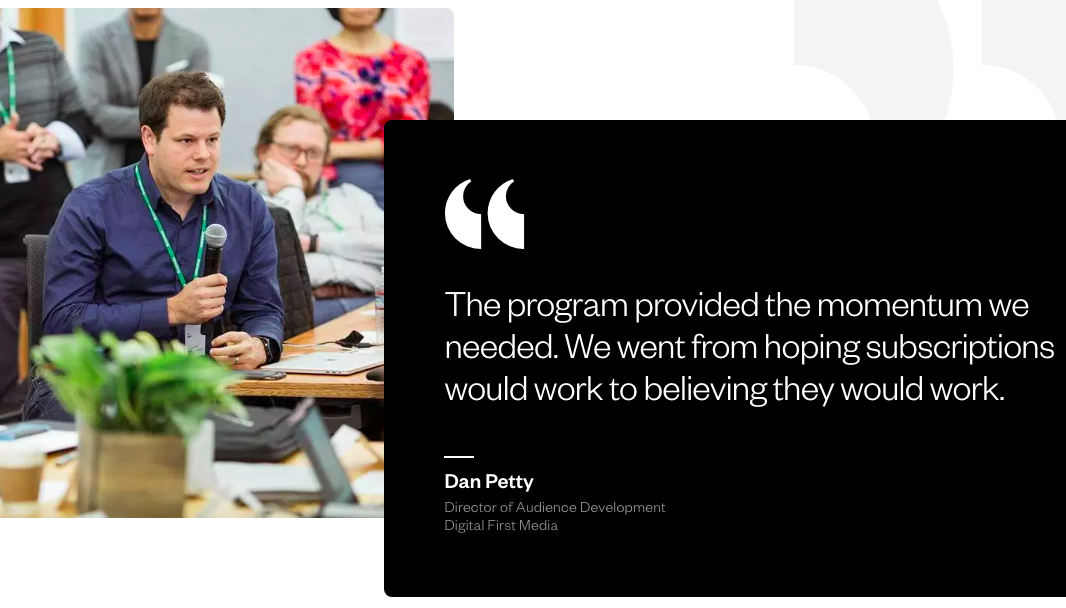 What to know: The “Today In” program is Facebook’s news aggregation play to create a curated daily news digest. It includes both local news and local “group announcements” in addition to school notifications.

A plus is that stories are featured in its breaking news tab, and a spokesperson for SocialNewsDesk says clients are seeing traffic boosts.

Downside: The boosts have not made up all the traffic lost to Facebook’s algorithmic changes that penalized news sites in 2017. Facebook has also not been transparent about the curation process - who gets included - and how the news is ranked. The roll-out so far covers fewer than a third of local newspaper markets. (According to a Guardian report on the project, 1,800 newspaper have closed in the last 15 years, leaving news deserts across the country. Today, 40% of Americans live in a place without enough news to support the feed.)

To do: We could not find a contact to apply to add a market, however, if your market is not included in the program, someone who works with Facebook (Local News Consortium or Local Media Association) can reach out for you.

What to know:  Crowdtangle is a free editorial tool developed and supplied to media by the Journalism Project. Downloading the app allows media to track and compare performance in engagement and referrals by any editorial link - their own and others - across social media including Facebook, Reddit, Twitter and Instagram. Buzzfeed, Hearst, and Patch were part of the early tests in 2018 and gave positive feedback. Townsquare is using it to help salespeople devise branded content programs, see our case study here. LMA provides 12 tips for using Crowdtangle here.

Downside: None to speak of. There is an application process.

To do:  Follow the instructions stool that here: https://digiday.com/media/one-year-facebook-journalism-project-gets-mixed-reviews-publishers/.

Or just go to this link: https://www.crowdtangle.com/request

There is also a video here https://www.crowdtangle.com/resources/gettingstarted

What to know: Instant articles, launched in 2015, is hardly a new program and most publishers have already made a call on whether or not to use it. Instant Articles provides newspapers with a faster-loading experience for mobile users - in reality without leaving the social media site - preventing slow load times from decreasing page views. In effect, the publisher hosts the content on Facebook.

Results according to Instapage include 20% more clicks, 70% less likely to abandon and 30% more shares than regular FB posts. Washington Post, Slate Magazine, Gawker and other publishers all vouch for significant increases in all these metrics.

Downsides: Facebook limits the number of media-owned ads placed on the article and email capture to the bottom, so publishers have a control issue. Since it replaces publisher links, Instant Articles does grow the overall referrals, but Facebook is currently downplaying Instant Article promotions in favor of video, causing the New York Times and the Guardian to drop the  Instant Article format.

As Digi-Day put it, “Facebook’s fundamental goal is still to get people to spend more time inside the app so it can show them more ads… by pushing them videos and posts from friends and family, not publishers.”

Some publishers like CNBC who went with Google’s AMP instead had a faster growing distributed traffic source “without cannibalizing existing search traffic, as well as a good source of monetization.” AMP has been adopted by Reddit, Twitter, LinkedIn and Flipboard.

To do:  To test Instant Articles, here is a good set of “getting started” instructions: https://instantarticles.fb.com/getting-started/ 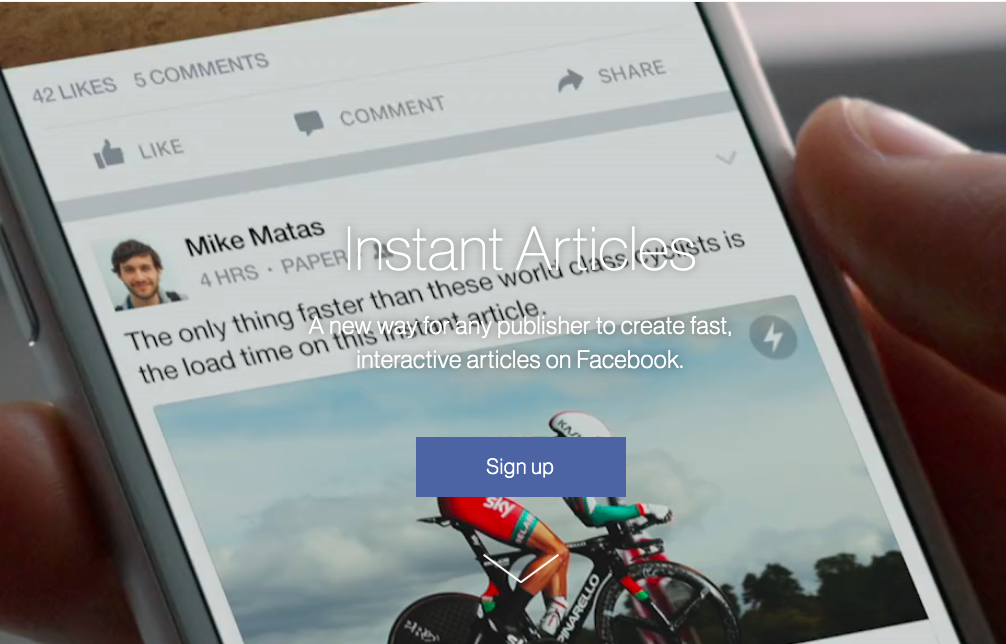 What to know: In April Mark Zuckerberg suggested that Facebook open to directly licensing content (read the article here), possibly in reaction to Apple News’ plan to create a Netflix model in which subscribers pay $10 a month for premium content, of which the publishers get 50%. Read more about Apple News’ new features here.

To do: Wait and see!