What you need to know about Apple's updated news platform 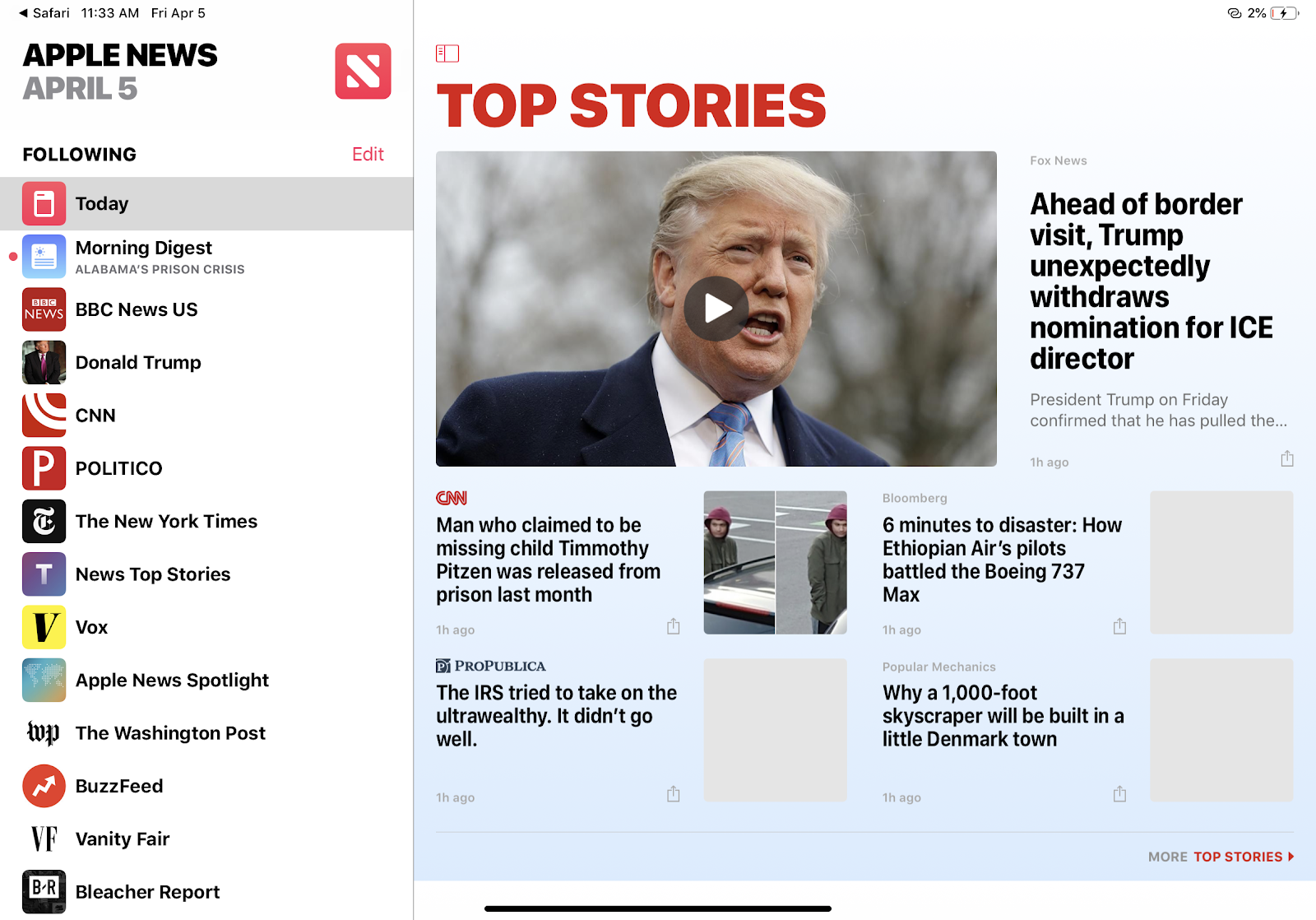 What to know:  Apple News is a free app that comes on Apple’s mobile devices. It displays aggregated breaking stories in a mobile-friendly format with notifications.

Apple News+ launched in April 2019 to provide access to - and sell subscriptions for - premium digital publishers on iPads and iPhones.

Apple built the app on Texture, a recently purchased subscription service. Publishers keep 50% of subscription revenue and 70% of ad revenue that Apple sells via the platform. However, service is available only in the U.S. and Canada and only on mobile devices. The Washington Post, LA Times and The Wall Street Journal have all signed up, although The Wall Street Journal uses a “snackable” version, i.e., more general stories than those found on its own site. Apple is offering a free one month trial to people who upgrade to its new iOS - a market of more than a billion active phones worldwide. 200,000 users subscribed in the first 48 hours.

Downside: Critics think 50% of subscription sales is too high; The New York Times, with 61% of its revenue based on subscriptions, has refused (it still shows up in the left rail, but not the magazine-style feed of my iPad). Publishers also give up relationships with this part of their audiences.

Sign up at the hub for news publishers here.