How to create a great political media kit

Local media who want to pull a revenue rabbit out of the political advertising hat in 2020 need to start now by putting the rabbit in the hat.

Below are some tips for how to create - or just buff up - your kit. Many thanks to John Kimball of the John Kimball Group for sharing these (we also recommend buying a list of local political contacts from him. It’s simply the fastest and easiest way to instantly have an updated leads list).

1. Create a separate media kit for the political vertical

Many newspapers’ media kits look dated and complicated. A separately designed media kit can look fresh and simplified, and incorporate political graphics that underscore the value proposition, whether for newspapers or radio stations.

2. Get the data on readers who vote.

There is quite a bit of national information supporting each type of media, but newspapers are particularly well-researched. If nothing else, find the national data that is out there via a Google search.

When possible, also any incorporate market-specific research your company does via Pulse, Google Consumer Surveys or any other reader analytics you have in-house. Don’t have this data? Add it to the plans this summer and fall to have on hand as the political season heats up.

3. Lead with the value proposition.

Don’t be shy! Use your data to make the best case.  No one but local media has such a deep relationship with local audiences.

Below you will see how BH Media pitches the value of its local audience using both generic national data, and also proprietary audience research.

Note the headline: 7 of 10 BH Media Online Users are Voters.

Newspapers are a trusted source; in general newspaper readers are 55% more likely to vote and 58 to 62% use newspapers for political information.

If you have hired a political champion at your company, they will intuitively understand that in the political category voters are the buyers, that is, the only audience that counts. 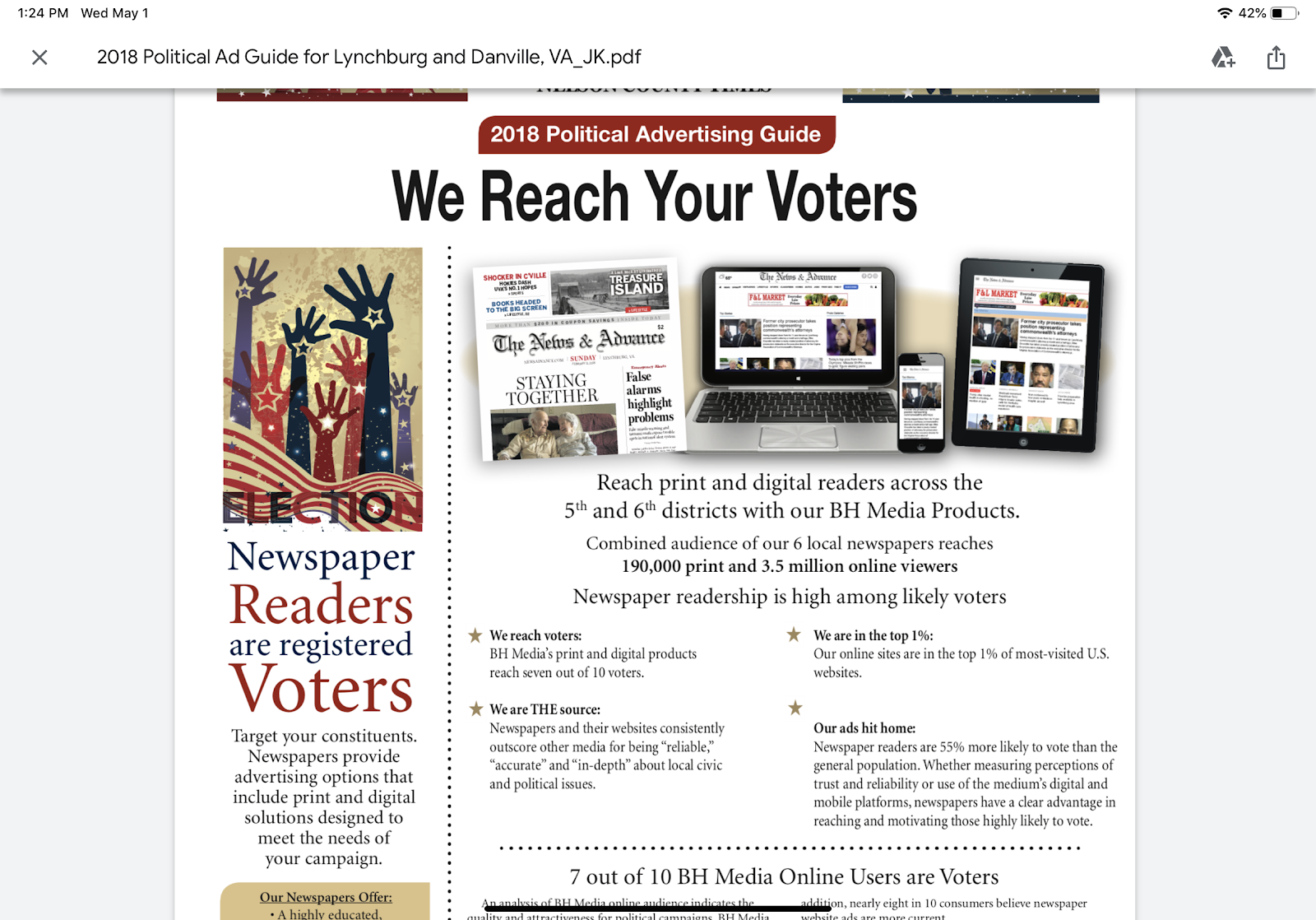 Here’s a page from another political media kit, that could be re-stated with an active verb, but which outlines the basic value proposition. Avoid too many stereotypical images for older readers, there is plenty of data on younger readers who are now voting in droves!

The 8 in 10 readers who contribute to political campaigns is an especially good number, the source is Moore Information, American Voter Media Use Study. 4. Visualize the product and audience.

Local newspapers have an advantage over television in that they are still selling something that is concrete, but they have a lot to learn from TV and radio about how to visualise an intangible audience.

The best political media kits have already switched from move from inch pricing to modular pricing and show simple increments:  Quarter page, half page and so on. 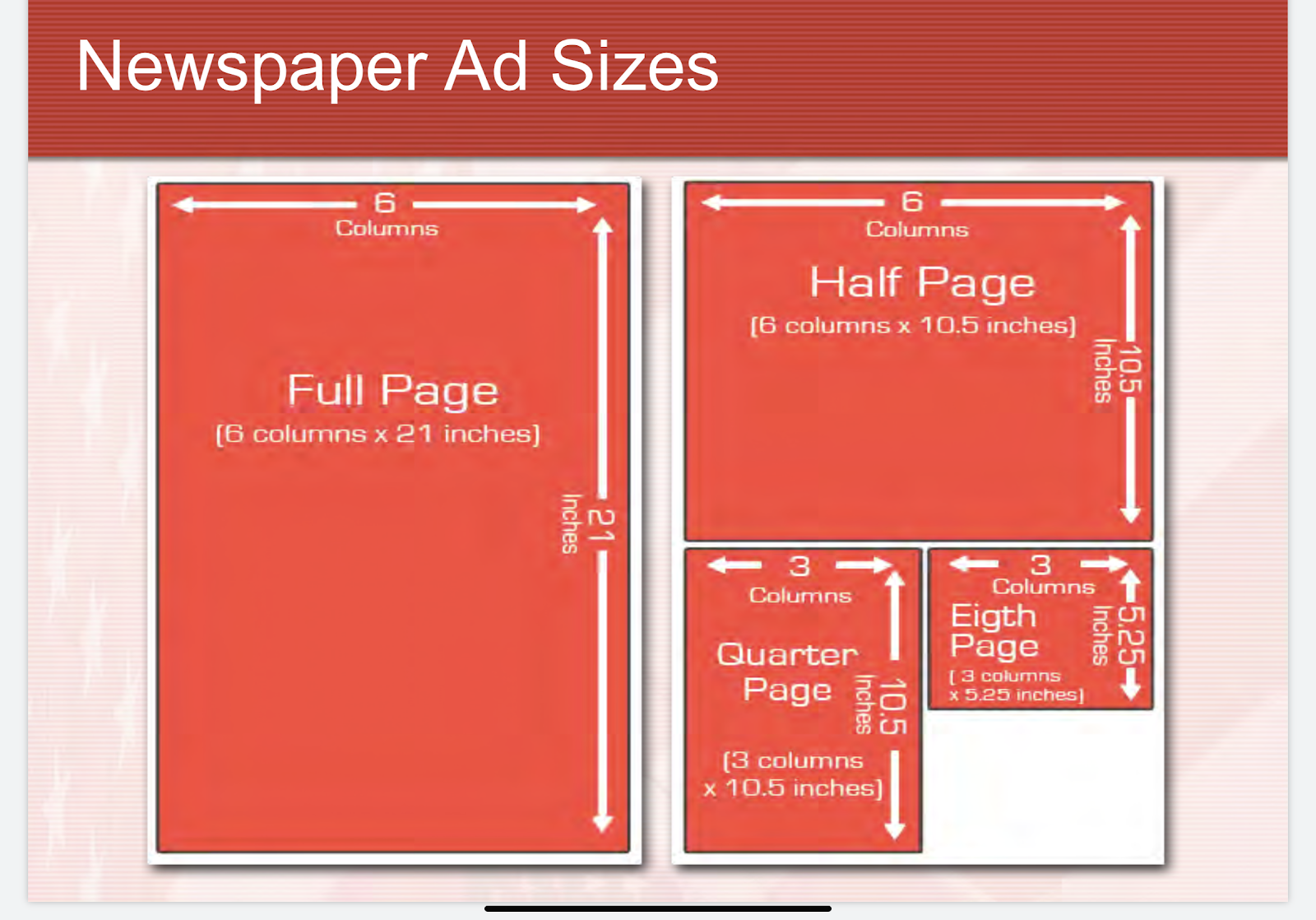 This works great for online display ads, and even email. Here are some examples: 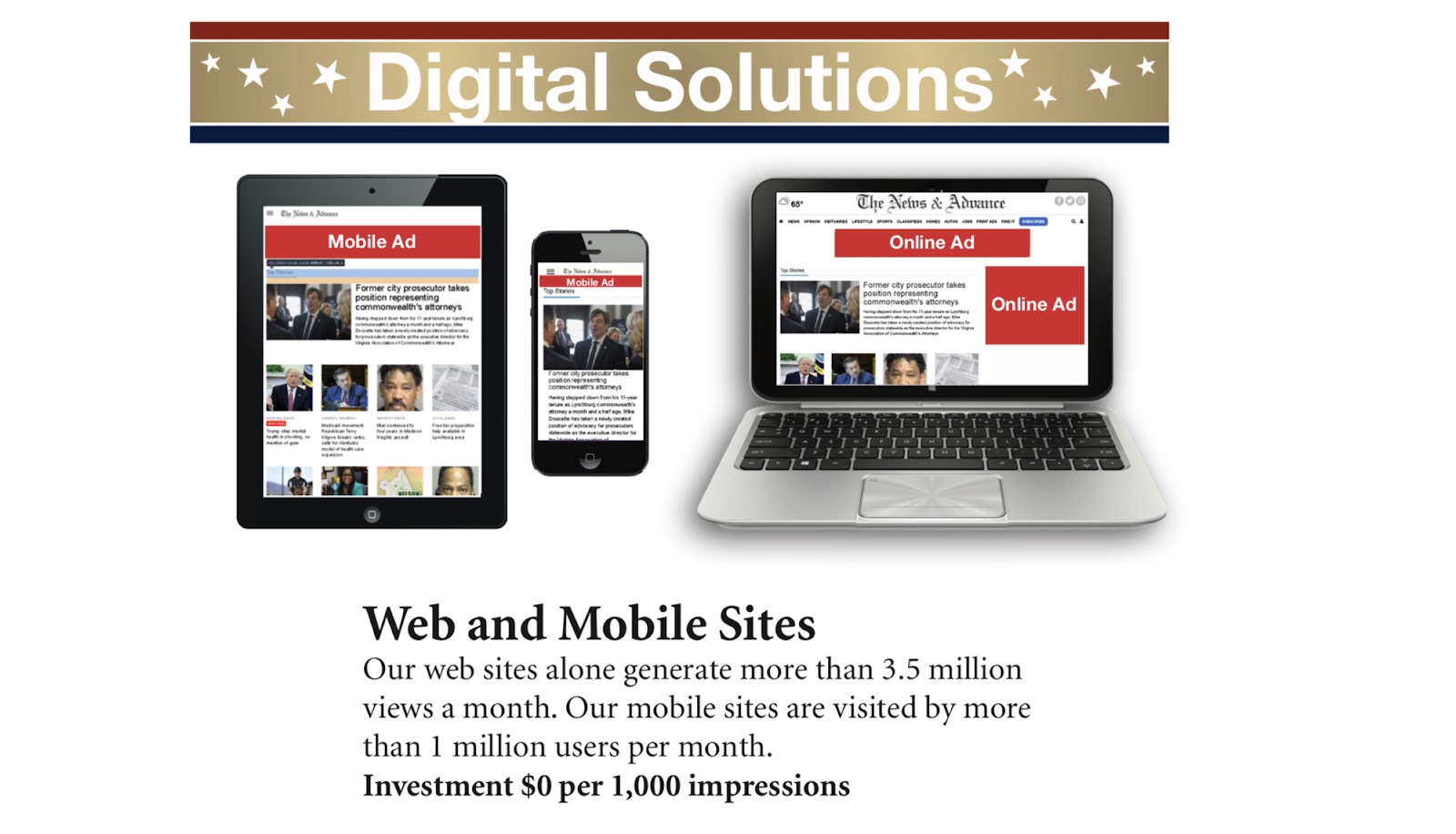 5. Play up your special products that other media do not have

Here are a couple of ways newspapers have visualized these: 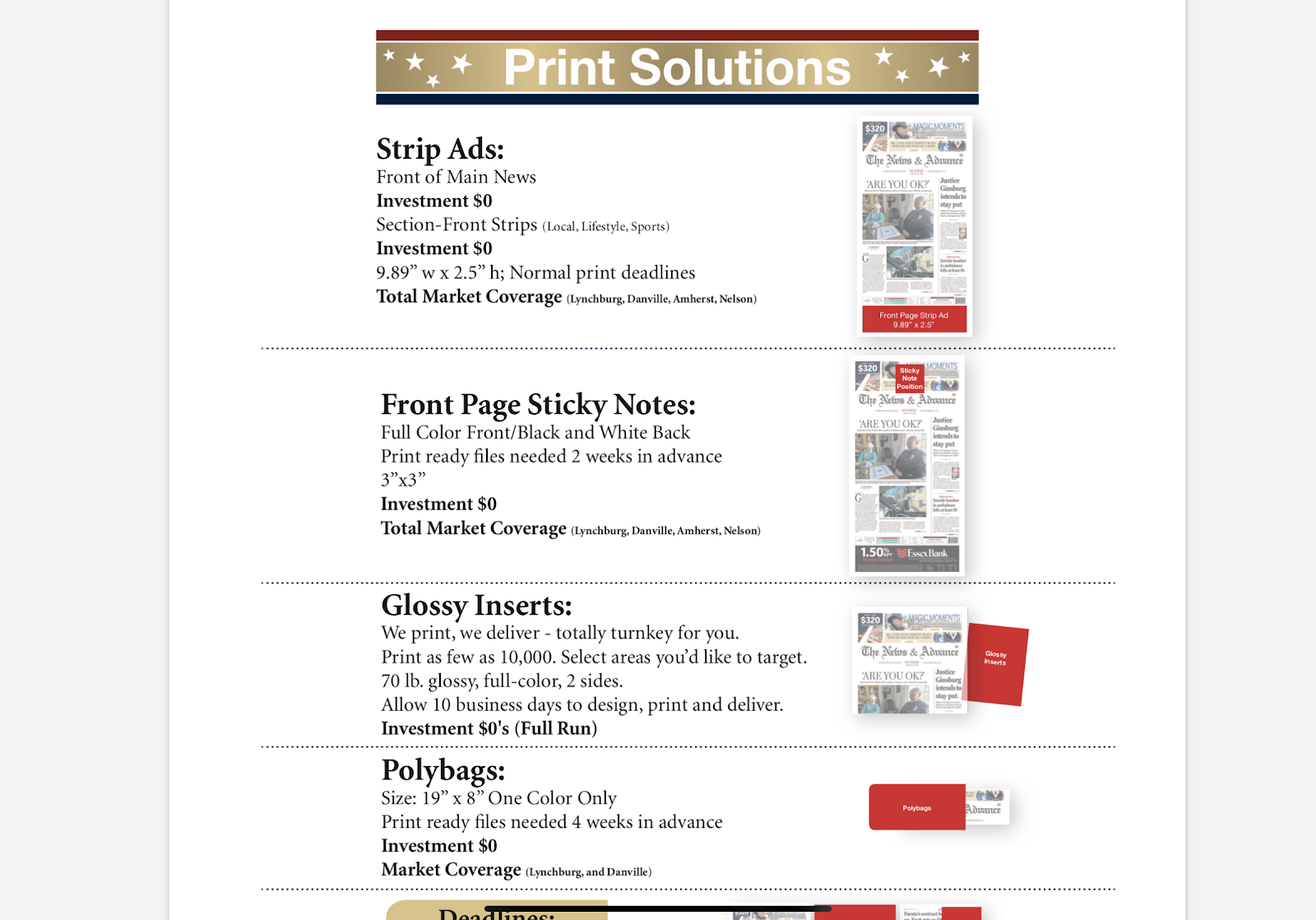 This newspaper did not forget to add on key local supplements such as the Athlete of the Year and Football Preview. 6. Use both bundling and a la carte options

Packages make it simple for local candidates who do not have professional staff to buy multi-media. Three simplified options work best, and some newspapers have had success giving them political names, such as Mayor, Governor, Senator.

Here’s an example of a package template: What’s missing from these packages? Email! If your email list is not ready for political ads, consider partnering with a third party like Site Impact.

Keep in mind that when you treat political as an ongoing category, your political champion can get to know all the players in the market. They will reappear in the next cycle even if in new roles. Here’s how this newspaper promotes theirs: