The launch is live on iPublish Media platform

Newspaper: The Day, a daily and group of weeklies

Challenge:  The Day’s team was working from home brainstorming ways to help the community respond to the COVID pandemic when they started to talk about the problem with high school graduation.

“We saw what was happening - or not happening - with the high school seniors in the community,” said Shawn Palmer, CRO.

“There were no sports, activities or proms. The kids were just  getting sent home and did not even get a chance to say goodbye to their friends.”

The team decided to create special sections for graduates. With 25 high schools and at least 100 kids per school, however, there was a lot to cover. The task was made even more daunting by the potential of needing to create hundreds of announcement ads from parents. They needed an editorial strategy and a self-serve solution to build the ads and take payments online.

Strategy: The newsroom was involved in creating an editorial plan, and the group decided to work ads from parents into the mix.

“We always covered graduation, but instead of just shooting a few photos, we expanded the coverage to include a complete list of every graduating student, student speeches, and  photos from over the year,  into each mini-section for each high school.”

The weeklies also ran the names of students, as well as their speeches, but did not have a complete special section.

“We were asking, how do we do something for the families, and give them  a chance to say something to their kids. We quickly realized that with the number of high schools, if it took off we would be overrun with building small ads for hundreds of high school kids. Without being in the office, we could not even ask people to mail us copy and a check. That’s when we contacted iPublish,” Palmer said.

At the time, The Day used Tributes, a self-serve special section publisher for obituaries, in conjunction with Legacy, but had not yet used the Celebrations app that includes self-serve announcements for graduation, weddings, engagements and birthdays. 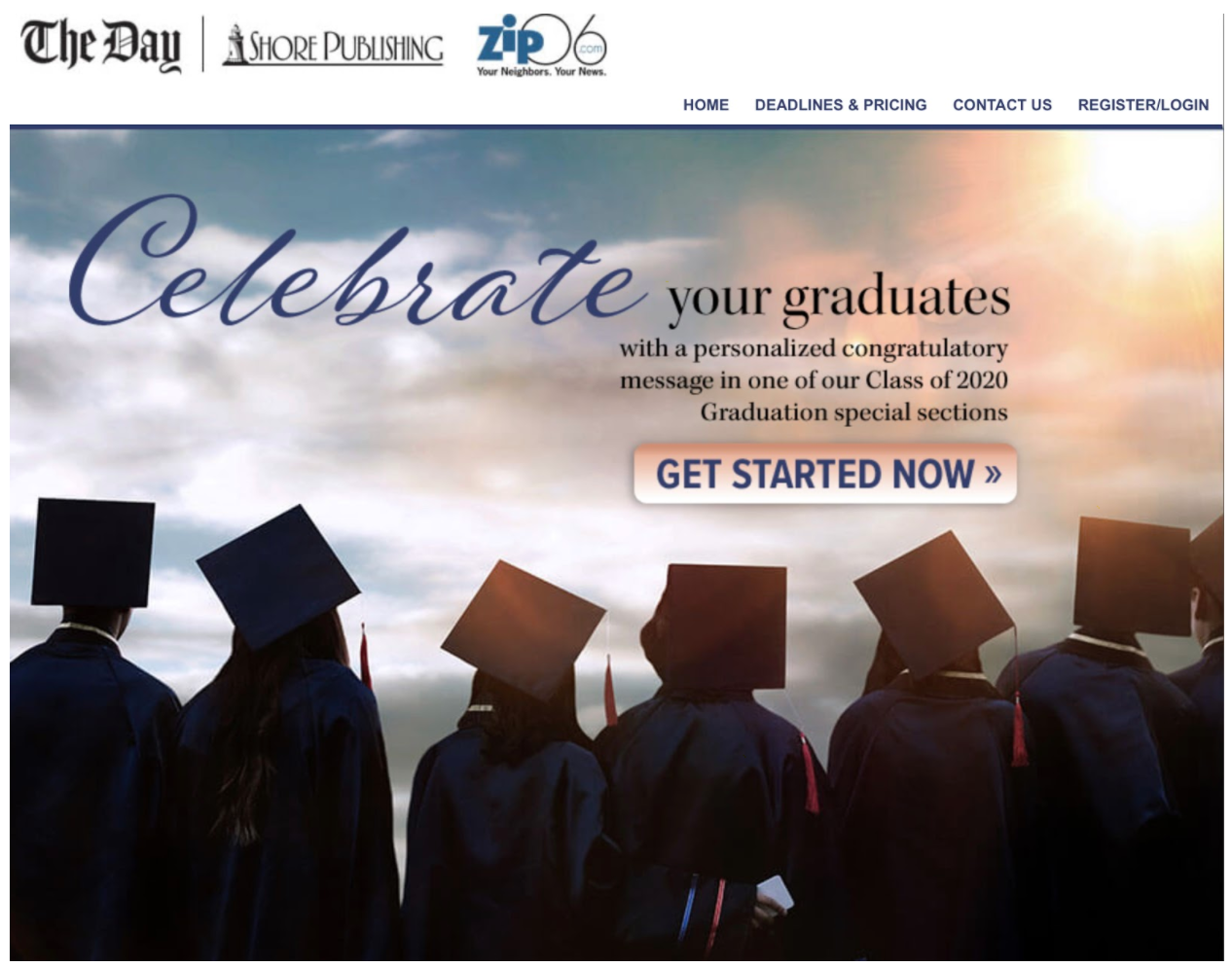 “We wanted [iPublish] to give us something quick and easy  where parents could just pick a template, write a message, get a proof and they were done,” Palmer said.

“We told them they would have to build it out in record time to have it out by the end of June. They had it up within a week.” 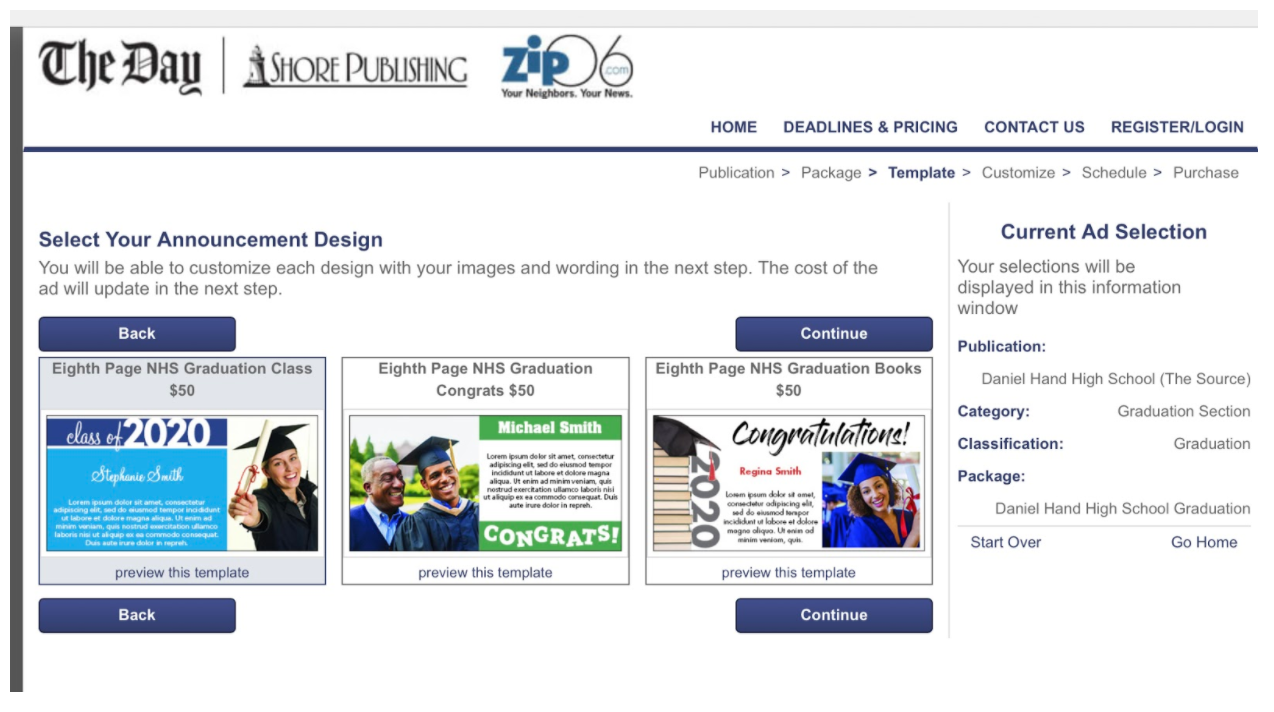 The Day supplied a personalized letter and asked each superintendent to email this to every high school senior family.

“We just said, can you please do an email blast to the families and they did. Of course, we also ran house ads in print and online.”

“The yearbook companies do this already, so it’s not foreign to the kids. Some people don’t buy ads. We didn't do this just to make money, but because the impact on this year’s class was so severe.”

One school has even suggested they may buy ads for students whose families do not have the funds.

“Once we started working on this, we started having fun. We created this whole thing working from home. None of us have even been in the same room while putting this project together."